France has always had the reputation of the greatest and most beautiful ski destination in the world thanks to the 3 Valleys, Espace Killy and, of course, the prestigious Les Portes du Soleil. There is a wide, varied and qualitative range of resorts that makes the country the top international winter destination. But this skiing is also practiced in 80 other countries and there are more than 2 000 stations in the world. Here are the best of them.

Just because there are many other skiable domains in the world does not mean that Les Portes du Soleil should be left behind. It deserves its precious reputation; it is really an outstanding ski destination. It consists of 12 linked stations partly in France and partly in Switzerland and is located in the heart of the French Alps, between Lake Geneva and Mont-Blanc. This large ski area benefits from exceptional snow cover with an average snowfall of 7.83 meters per year.The region proposes different types of stays and the visitors have the choice between hotels, Bed and Breakfasts, luxury chalets, there are also many offers of cheap ski apartments. 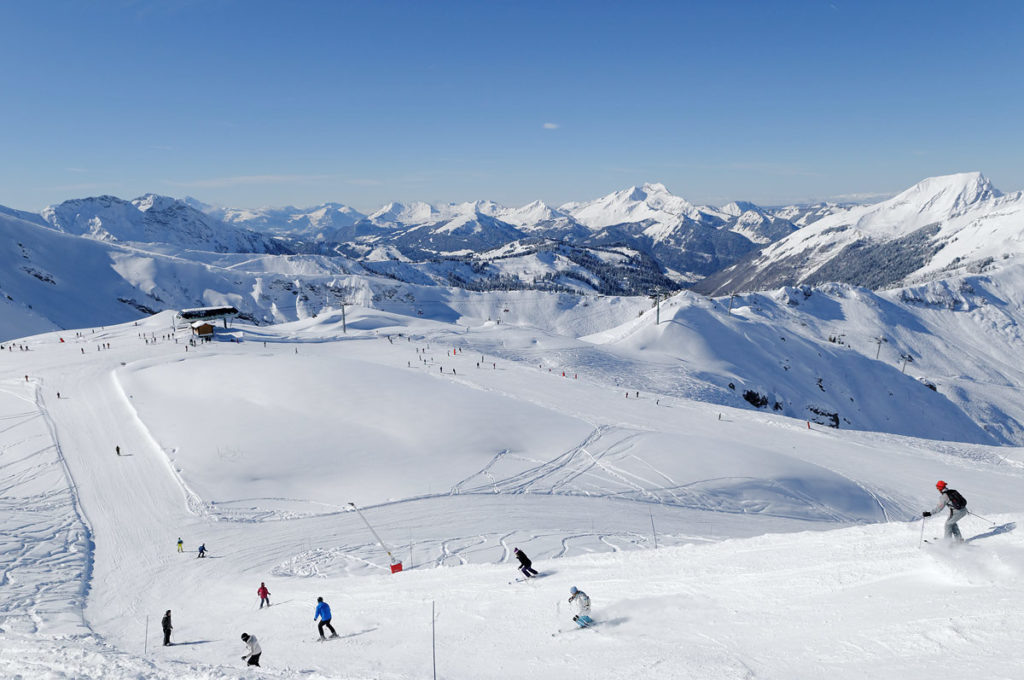 Aspen, situated in Colorado in the heart of the Rocky Mountains, is the best-known and the most popular skiable domain of the United States. The ski area of 2 100 hectares is composed of 4 slopes which are Snowmass, Aspen Mountain, Aspen Highlands and Buttermilk. Aspen is also all those beautiful mountain landscapes, the most photographed ones in the USA. The domain’s slopes accommodate experienced and intermediate level skiers. But every holidaymaker can spend some remarkable time there to admire the views, visit all the tourist attractions and so much more. Spending holidays in Aspen is an incomparable luxury.

This ski destination is perfect if you want a total change of scenery. Head for the Southern Andes to reach the Bariloche region, also named Swiss Argentina by the Argentines. The region is home to the oldest and the largest skiable domain in South America. It is also well-known for its unique mountain and lake landscapes. The ski station of Cerro Catedral is situated 19 km from San Carlos de Baroliche, in the national park of NahuelHuapi. This latter houses the lake of the same name which is gigantic and beautiful. From the ski station, the view of the NahuelHuapi Lake is sensational. The domain offers 120 km slopes spread over 600 hectares that accommodate all levels.

This ski station is internationallyrecognized as a white paradise offering the most spectacular viewsover the Alps and Mont Cristallo. If Cortina d’Ampezzo benefits of such a good reputation, it is also because of the Italian alpine ski legend, Alberto Tomba, who honed his skills there, and Winter Olympic Games which were held there in 1956. Cortina d’Ampezzo, one of the oldest ski areas in Europe, isnestledin northern Veneto, 44 km from the Austrian border. The skiable domain intends to be technical on its 1 714 meters uphill with about 70 % of red and black slopes.

When it comes to talk about the beauty of a skiable domain, the size is not the only criterion to be taken into account. This one must be the smallest station of this ranking with its 73 slopes, 566 hectares of skiable domain and 9 ski lifts, but it does not have to blush when compared with the others. Let’s go to Girdwood in Alaska, 61 km south east of the Anchorage, at the extremity of Turnagain Arm to discover the resort. The city is situated in a valley of the Chugach Mountains, surrounded by several glaciers. Located on the Alyeskar hill, Alyeskar Resort was founded in 1959 and enjoys a grand environment with spectacular views over Turnagain Arm and its seven glaciers.